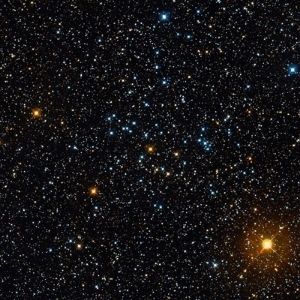 NGC 7209 is an open cluster in the constellation Lacerta, near the border with Cygnus.

It is a faint cluster formed by between 25 and 100 stars, according to authors, with a predominance of blue and white stars. The brightest has magnitude. 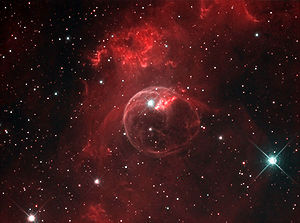 NGC 7635 is an emission nebula, an H II region, in the constellation Cassiopeia, near the open cluster M52. It has been originated by the stellar wind of the central star SAO 20575 (BD + 60 2522), of apparent magnitude 8.7. Due to its shape, it is also called the Bubble Nebula.

NGC 7635’s sharply spherical bubble shape marks the boundary between the strong wind of particles coming from within the star as it collides with the dense surrounding material. The central star has between 10 and 20 times the solar mass1 and is responsible for the 2000 km / s winds.

The bubble is not uniform because as it expands it encounters regions of cold gas of different density that slow down the expansion, giving it a wavy appearance. These differences in the material that the wind finds is what has made the star not be in the center 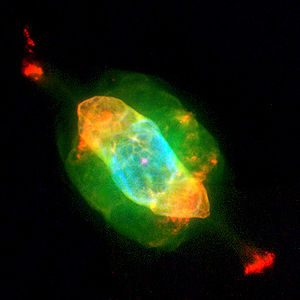 The Saturn Nebula (NGC 7009) is a planetary nebula in the constellation Aquarius, located one degree west of ν Aquarii. The name of the Saturn nebula is due to its appearance similar to the planet Saturn, with its rings, seen in profile.

The Saturn Nebula is a complex planetary nebula and contains several morphological and kinematic subsystems in three dimensions. It includes a halo, jet ejections, multiple shells, ansae (“handles”), and small-scale knots and filaments. The ansae expand nonradially from the central star 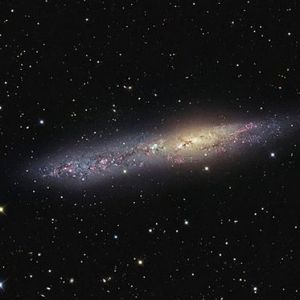 NGC 253 – also known as the Silver Coin Galaxy – is a barred spiral galaxy discovered in 1783 by Caroline Herschel located in the constellation of Sculptor, 12.9 million light years (3.94 megaparsecs) from the Milky Way. , which places it among the galaxies closest to the Local Group. It is also one of the apparently largest and apparently brightest galaxies.